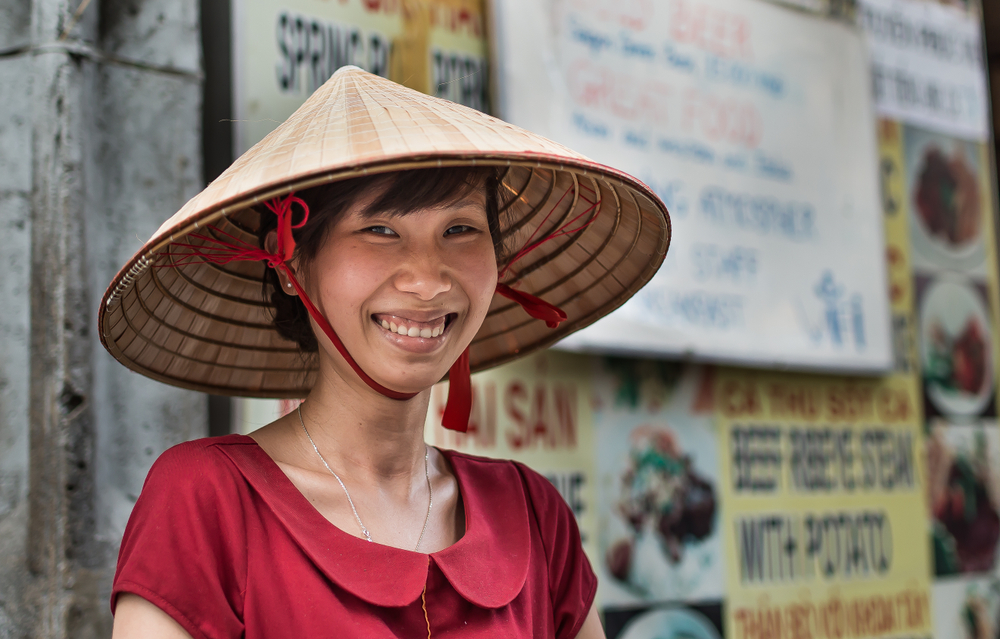 Despite the high level of poverty, the Vietnamese show all of the signs of being quite a happy people.

Being both oversimplified and an opinion by definition, a stereotype about a group of people may have much or very little truth to it. While painting any group with a single brush can be risky, knowing that certain stereotypes exist can be an important step in understanding a culture. If you're a traveler, this knowledge can help you avoid offending the people of your host country.

Please note that these stereotypes do not necessarily represent the views of World Trade Press or its employees, but are presented here in an effort to make you a more informed researcher or traveler. Through your own experiences you may find some or all untrue, only partially true, unfair, or fairly accurate.

Stereotypes of Vietnamese as Accepted by Some Foreigners

Despite the high level of poverty, the Vietnamese show all of the signs of being quite a happy people. Even when dealing with past enemies like the French, the Japanese, or the Americans, the Vietnamese are courteous and helpful. Some visitors take the courtesy at face value, while others see it as a diversionary ploy. In all cases, it should be noted that the smile can be turned off very quickly and replaced with a far less endearing attitude if the Vietnamese feel they are being abused or snubbed.

Everybody has seen the movies and heard the POW accounts of how brutal the Vietnamese can be.

All of those accounts may or may not be true, but visitors need to separate the general population from the activities of the military or the police. This is a land ravaged by wars and occupation for many centuries, so there is bound to be some underlying aggression (much like in Europe). A totalitarian government also still runs Vietnam, so repression always lurks beneath the free market veneer. Foreign visitors, however, have little to worry about unless they violate the law.

Every price has to be negotiated, and it is clear that there is a special price for foreigners and one for locals.

Pricing bias is hardly unique to Vietnam or even to developing economies. Foreigners pay more because they presumably earn more than the average Vietnamese, and the price differential is far less than the actual income differential. Vietnam, like most Asian cultures, also relies on face-to-face negotiations for even basic transactions rather than longer-term market mechanisms to establish pricing. Visitors will find few price tags on retail goods, and the Vietnamese are good hagglers, but being a good negotiator does not make you a cheat.

Vietnamese people seem to work 24/7 and maximize every resource available.

There is little doubt that the Vietnamese are keen on hard work, whether it is back-breaking farm work, heavy industry, or service work. Now that the economy has become more market oriented, Vietnamese workers are freed from the “we pretend to work, you pretend to pay” attitude of the planned socialist economy era. Resources, no matter how battered, are refurbished, repaired, and reused because no one knows if new resources are on the way. Recycling here is a way of life, not a special effort.

Officials and the police always have their hands out for a bribe, and everyone sees it as business as usual.

No nation is corruption free but this neither excuses nor explains Vietnam’s high rate of graft. The biggest problem is that the limited tax base does not allow for high salaries in the public sector. Also, even mid-level government officials are communist party appointees and bribery is seen as a way of “redistributing” capitalist wealth. Refusing to pay bribes will slow down, but not derail, a project. Saying “yes” will speed things up but only leave you open to more requests and threats. Things are getting better on this front in Vietnam, but the country still has a long way to go.

Stereotypes of Vietnamese as Accepted by Some Vietnamese

Yes, we move slowly, but we are looking to the long term and not the short term like the wasteful West.

Vietnamese culture sees time in a circular rather than linear fashion, so a sense of urgency is rarely apparent. This is as more a result of Confucian and Buddhist philosophy than any defined economic sustainability plan. Although the Vietnamese do tend to think long term, they are not adverse to short-term projects that reap benefits.

You are nothing without your ancestors, and we are the ancestors of our grandchildren.

Every Vietnamese home incorporates mini-shrines to recently deceased family members, and the average Vietnamese rarely lives more than a few kilometers from the parental home. Parents choose marital partners for their children, and several generations live under the same roof regardless of family wealth. Westerners might find this oppressive, but the Vietnamese see this tradition as another manifestation of the circularity of time. One of the biggest insults among Vietnamese is to claim that another person is “rootless.” Visitors should prepare to answer questions about their marital status and siblings because this is how the Vietnamese establish the “stability” of strangers.

Our ancestors are descendants of gods, and the Vietnamese are special because of this.

As is true with several other Asian cultures, Vietnam’s history is heavily mixed with mythology early in the chronology. It is an ancient society and the myths, of course, predate the standards of recorded history. Although these myths do not differ not significantly from Greek or Roman mythology, what is peculiar is how many Vietnamese actually believe in the myths and the “special” status they supposedly confer.

We have successfully survived over a millennium of Chinese subjugation and over a century of French colonialism along with Japanese and American occupations.

It is certainly true that Vietnam has had its share of exploitive invaders and brutal occupiers, but Vietnam is far from alone in that category. What remains to be seen is how successful Vietnam will be as compared with other former decolonized nations now that it is an independent state.

We are not novices at business, and we can go toe-to-toe with anybody in the global marketplace.

The Vietnamese do have the advantage of being experienced negotiators because they must negotiate all day, each day for just about every aspect of life from food to telephone service to taxi fares. This experience does not always transfer to the corporate-level negotiating table where home field advantage usually takes a back seat to the buyer-vs.-seller power differentials.