Vietnam Did You Know? 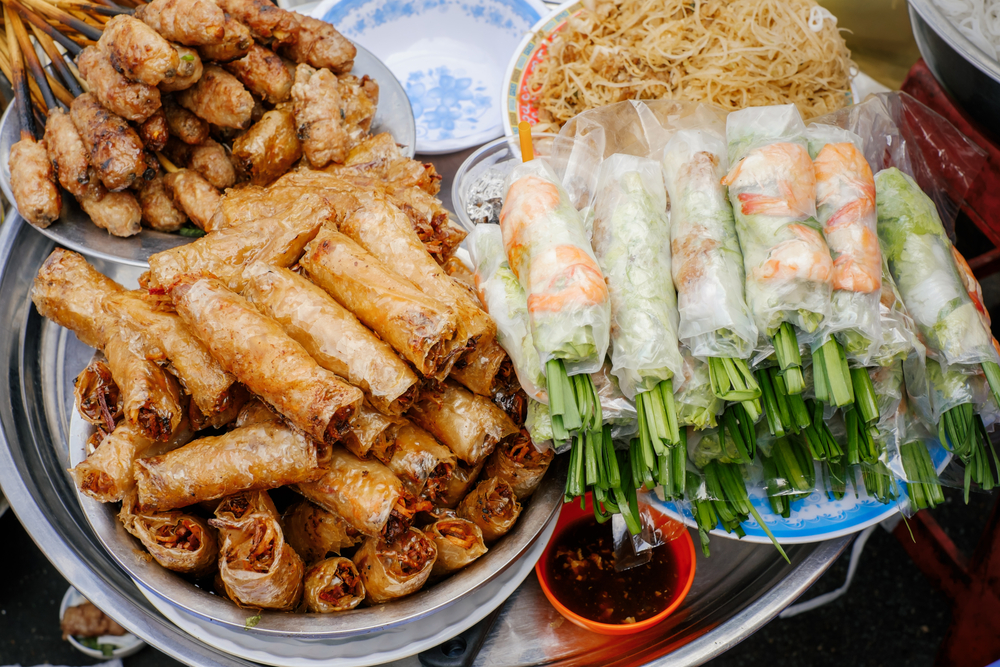 Many consider Vietnam’s street food culture among the world's best. 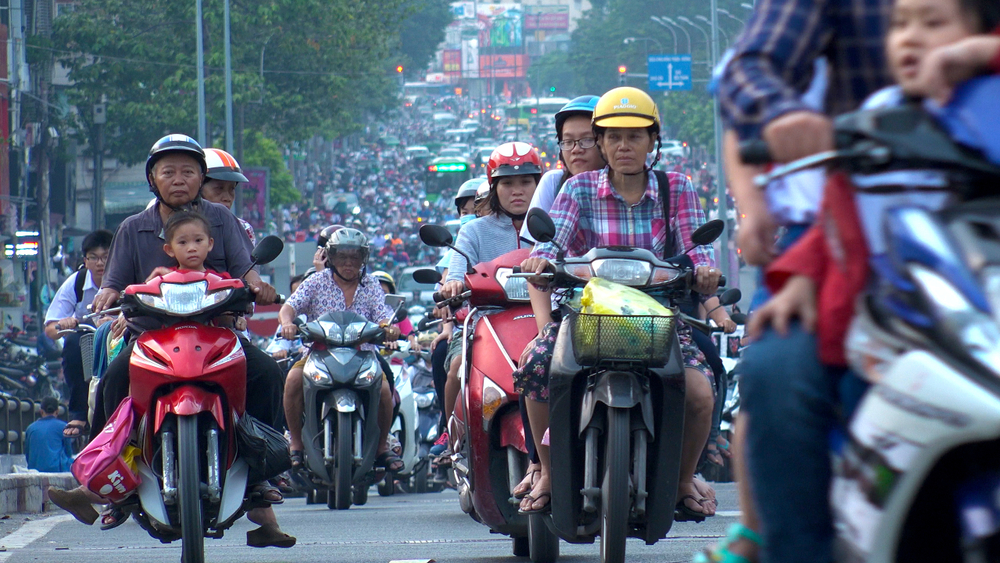 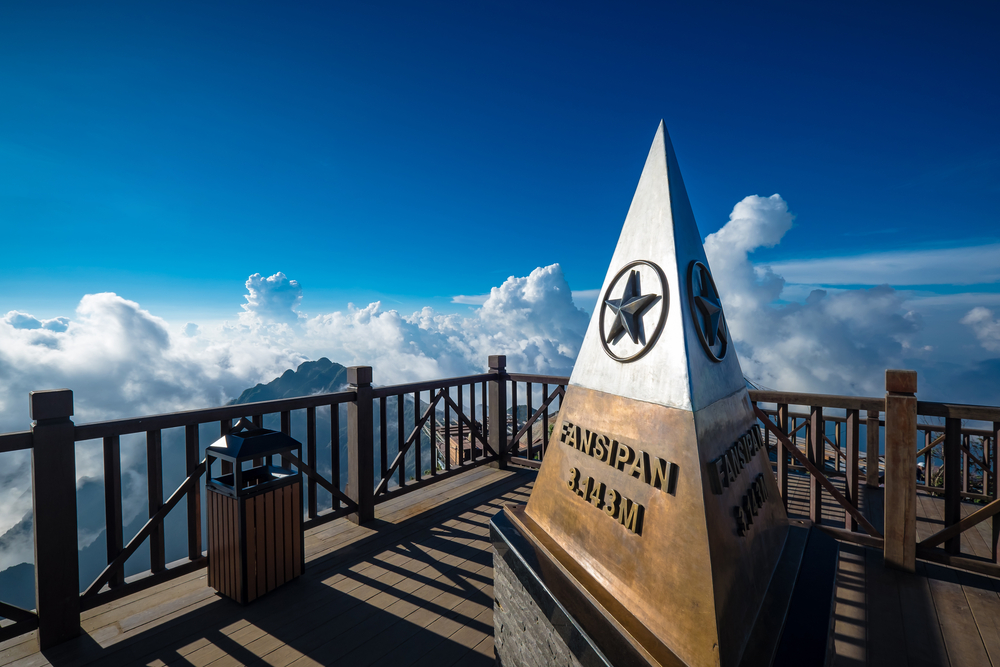 The marker on Fansipan Mountain, called "the roof of Indochina." 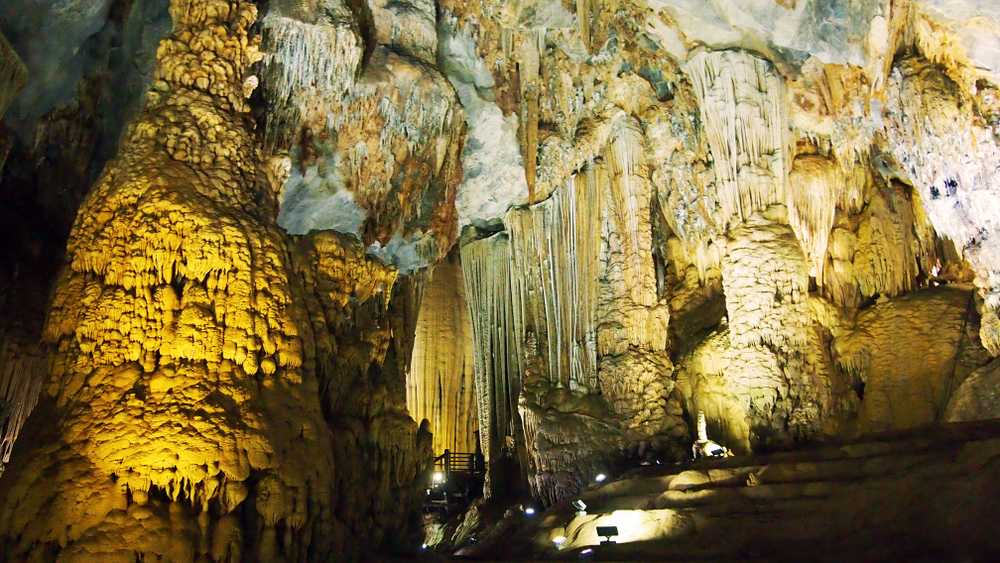 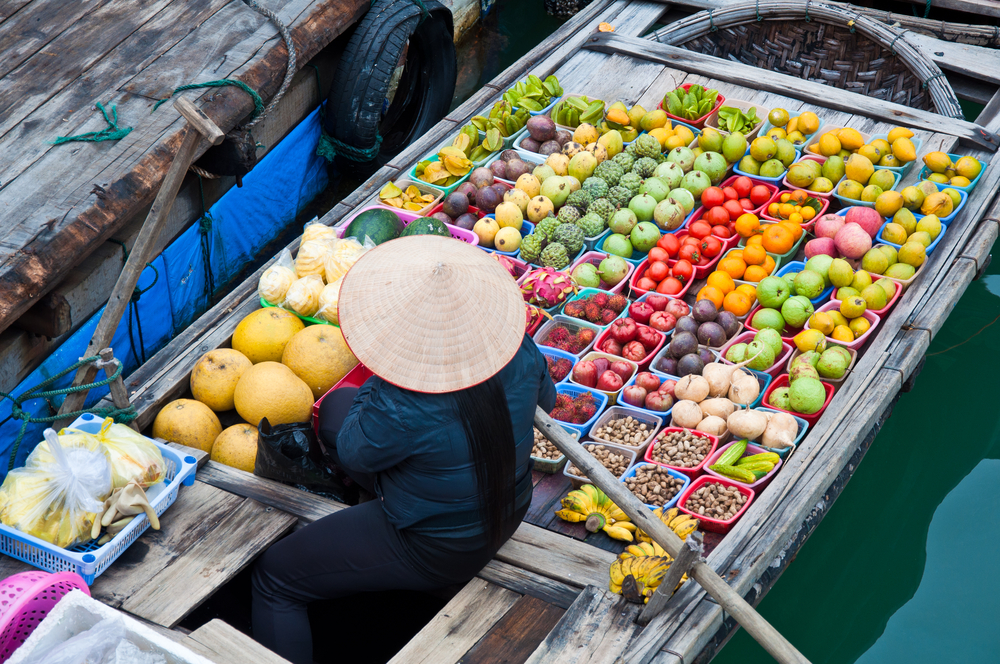 Southern Vietnam is known for its floating markets. 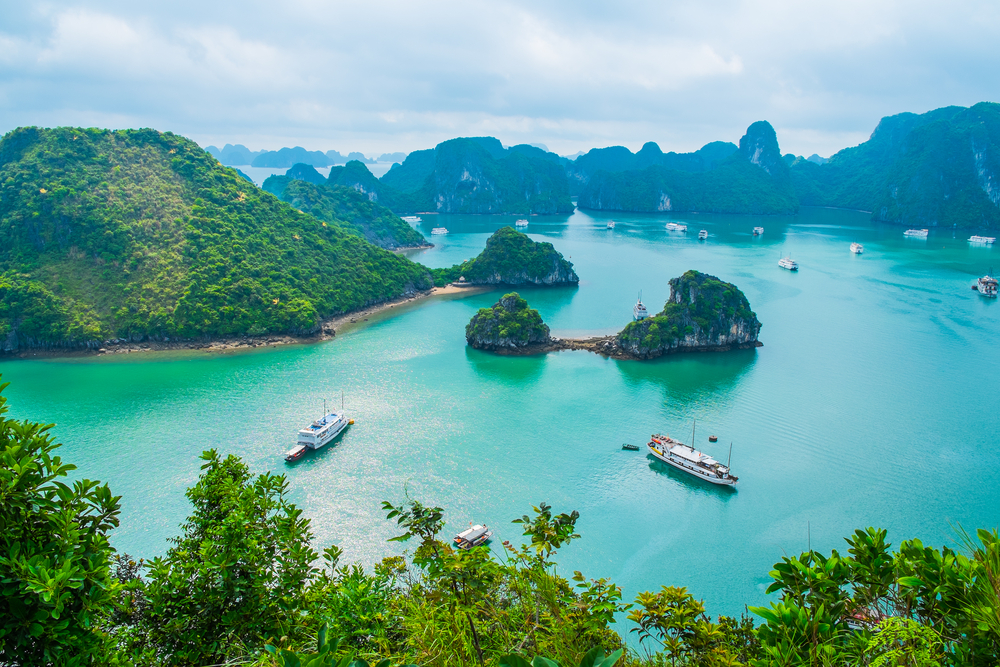 One of the New Seven Wonders of Nature, Ha Long Bay.

Vietnam’s street food culture is quite popular and considered by many to be one of the best in the world. Noodles, or pho, are the second most popular food in Vietnam, after boiled rice.

Vietnam is the world’s second-largest coffee producer, accounting for 10.5 percent of the world’s coffee. The country’s annual coffee crop is valued at about US$3.2 billion.

Motorbikes are extremely popular in Vietnam, where there are around 50 million. The cities with the most motorcyclists are Ho Chi Minh City, with nearly 8.5 million, and Hanoi with 6 million.

Vietnam’s highest point, Fansipan Mountain stands at 3,147 meters (10,325 feet) tall on the Indochinese Peninsula. Nicknamed "The roof of Indochina," it has moderate hiking trails and a cable car leading to its summit for panoramic views.

Vietnamese gift giving has many superstitions associated with it. Examples of taboo gifts include bananas because they mean “failed” in Vietnamese, cups or glasses because they represent “separate,” and anything related to the number four, which is considered unlucky and means “death.”

A traditional Vietnamese remedy, snake wine is made by soaking a whole snake and herbs in rice wine. It is consumed in small amounts to help with muscle and joint pain.

The Vietnamese alphabet has 29 letters and is a combination of the Latin alphabet with some added letters. It also includes six tones, which are especially difficult for speakers of monotone languages to master.

Holding up the two-finger V-sign in Vietnam means “hi,” pronounced like hai, which is the number two in Vietnamese.

Five elements and their corresponding flavors are key to understanding how the Vietnamese prepare and balance their food: wood (sour), fire (bitter), earth (sweet), metal (spicy), and water (salty).

Vietnamese use the Lunar Calendar rather than the Gregorian Calendar to mark traditional events such as the New Year, known as Tet, which usually takes place in February.

Although most people think of Vietnam as a tropical country, it is possible to see snow falling in Sapa, a small northern town at more than 1,600 meters (5,249 feet) above sea level.

Vietnam is one of the world’s largest producers of rice, grown primarily in the deltas of the Mekong and Red rivers. Rice is an everyday dish of Vietnamese cuisine.

Southern Vietnam is known for its floating markets, where a wide variety of local produce and other products are sold by vendors from boats floating on river canals.

The Vietnamese flag consists of a golden star with five points to represent farmers, workers, intellectuals, youth, and soldiers. The red background pays tribute to the bloodshed during the wars.

In religious construction, pagodas are for worship and offerings, while temples were built to honor historical figures.

Vietnamese traditional fashion is easily distinguished by the flowing robes (ao dai) and conical hats (non la). The ao dai is a long, split tunic dress worn by both men and women over pants, its name meaning “long shirt.”

Ha Long Bay is of such scenic beauty that it was included as one of the New Seven Wonders of Nature, as well as on the list of UNESCO World Heritage Sites.

Vietnam is one of the biggest producers of cashew nuts in the world. The harvest season typically starts around the end of January and ends in May or June.